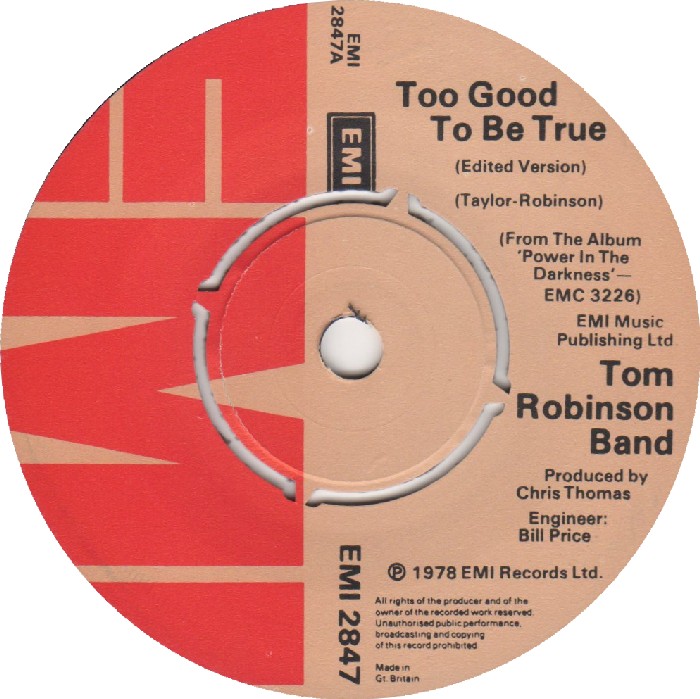 I have a confession to make. Well, two actually. Firstly, I am new to the legacy modernization space. This is only the end of my second year pondering and wondering why so many make such a meal of something that, frankly, isn’t that difficult.

There, I said it. This really isn’t that difficult. Certainly not as difficult as most people make it out to be.

The second confession is that I am old enough (just) to remember Tom Robinson’s song ‘Too Good To Be True’ hitting the UK charts in 1978. If you missed Tom, he’s one of the greatest British songwriters of all time…

The connection between the two? Well that came from a recent partner meeting. At Morphis we’re keen to extend our market reach through partners [delivering modernization services based on our technology platform] and we were demonstrating the Morphis platform to a new, prospective parter. And I should add, not a partner new to the space (like me) but a company with decades of experience modernizing legacy systems.

During a follow-up call a week or so afterwards my contact at the partner said, “I hope you don’t take this the wrong way, Neil, but it all looked too good to be true.”

We’d only showed the automatic transformation of Oracle Forms to an MVC Java environment but this was enough to have 20 to 30-year legacy modernization veterans questioning what they were seeing. Probably just as well we didn’t get into our BI for IT front-end or low code application development framework on the back-end…

Why am I telling you this? Because it does work and it really isn’t that difficult. Morphis was founded in 2013 and has brought significant Computer Science expertise to solving the legacy modernization challenge. Super-bright, young people solving an age old problem.

Plus there is a cynicism or tiredness among those who have been in the space for a long time. I exclude the partner we’re talking to from that comment, but I met an analyst who looks at the legacy modernization space just a short time after joining Morphis and was struck by his, well, cynicism. If that analyst is advising his clients then he’s unlikely to be presenting modernization solutions as exciting or innovative, but that’s just what Morphis is.

So what is this platform that has successfully modernized tens of millions of LOC with highlighted case studies such as Ellucian, Miami-Dade County, MV Sistemas and TOTVS?

To find out how Morphis can support your legacy modernization initiatives in a drama-free, low cost, rapid time to market environment then please contact us.